Building a Child’s Brain with the Thirty Million Words Initiative

Before children set foot in a classroom, their main source of knowledge comes from within the home. That’s why one of the philosophies of the Thirty Million Words Initiative (TMW) is “Parents are children’s first and most important teachers.” Many children will know how to say 100 words by the age of 21 months and will normally begin to string those words into short sentences. This is precisely why introducing vocabulary to your child early on is essential. Although it may just seem like baby talk, research has shown that parents who begin speaking to their children at an early age provide their child with a greater advantage later in life.

What is the Thirty Million Words Initiative?

Talking is an important milestone in a child’s life. A study by Betty Hart and Todd Risley (1995) showed that children who heard fewer than 30 million words before their 4th birthday were more disadvantaged than their counterparts—it was a clear achievement gap. The TMW is a parent-directed program, which emphasizes parent and child interaction in an attempt to effectively close the achievement gap. The TMW works closely with schools and hospitals, as well as one on one with parents in order to spread the word about the importance of language. According to the TMW, earlier language exposure can strengthen children’s brains and help boost confidence in the classroom by improving reading, writing, and vocabulary skills.

How does the TMW Work? 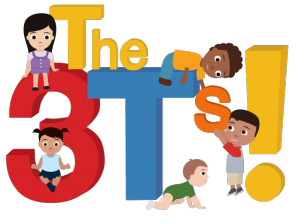 The Thirty Million Words Initiative uses both education and technology as the foundation of their parent-directed program. The educational aspect focuses on teaching parents how to comprehend the complex research behind the program, providing more accessible tools and information. This is possible through the use of videos and illustration made available to the parents. They work in groups or on an individual level, each focusing on different areas of educational growth. Technology plays a crucial role in the program; the Lena Word Pedometer is software which records weekly conversations and allows parents to calculate the number of adult words kids use, as well as measuring expressive language development. The software allows parents to create the proper foundation for their child’s individual needs, giving helpful feedback , visual data and weekly updates in order to keep them on track.

Principles which contribute to the success of the TMW are the Three T’s. The first T in the program’s tool kit is “Tune In,” this represents how parents need to focus on what their child is actually trying to communicate, while letting them express themselves openly. The second T is “Talk More,” which urges parents to use a rich and dynamic vocabulary in order to help with the development of their child’s word bank. The third T, “Take Turns” encourages parent and child dialogues with a healthy exchange of information and expression. All three of these tools create a guide for parents that will undoubtedly help them enrich the minds and voices of their children.